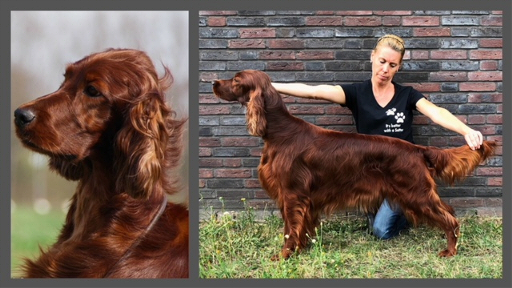 Zizzi is such a sweetheart, her soft character comes through in everything she does.

Crazy outside taking after her mummy and such a good girl, easy going with that touch of naughtiness inside

She loves to be in the middle of the attention, claiming you and being around you all the time.

Zizzi's favourite thing to dois sleeping on top of you and run-run-run through the fields.

Our second and proudly own bred girl

out of the most gorgeous combination of dogs